How To Turn Your Ideas Into Reality In 3 Quick Steps

Stuck on how to make your ideas happen? These three steps help you turn your ideas into reality without falling into the traps that keep most people stuck. 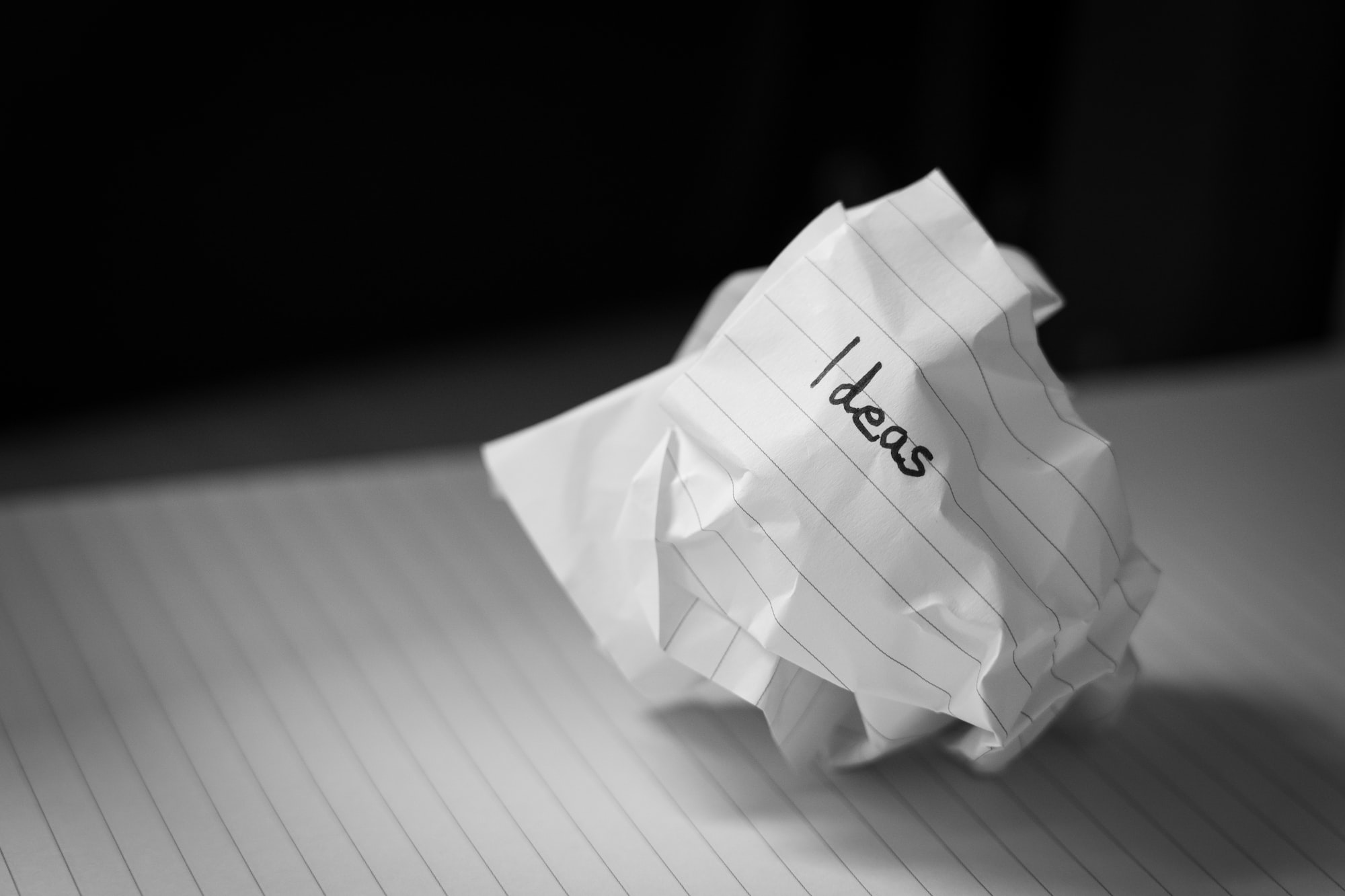 Ideas come in many forms. Sometimes they eat at you. Other times they appear and disappear in a flash in a moment of inspiration.

What do you do with your flashes of inspiration?

You probably go through your day with many new ideas passing through your head. But, in most cases, you probably don't capture most of these thoughts or spend any time evaluating the value of these conceptions.

Suppose you were to stop and assess your ideas compared to the significant innovations in recent history. In that case, a realization might hit you.

You can look at the Wright Brothers coming up with the airplane or Henry Ford and the assembly line for making cars accessible to everybody. Or you could even think of something more recent, such as the iPhone or artificial intelligence, and all these things coming out. And you can stop and ask yourself, what's the value of one of these ideas?

Think of an idea, like Mark Zuckerberg's Facebook, a Digital Commons for people in his school, that turned into a billion-dollar company. The idea was a simple idea most software engineers could build. Junior engineers making less than $100,000 a year could have developed the concept and produced the first version of Facebook.

But the concept was worth a billion dollars if you executed it correctly. So that's the thing what is the value of an idea? And it's a very high value. But that's the key ideas alone are not enough.

Because if you take the example of the Wright Brothers, who came up with the idea of a flying machine, they weren't the first to come up with that idea. Leonardo da Vinci had drawings of this idea, his concept for a flying machine. But he couldn't get that done based on the limitations of his time in history or his execution.

Funny enough, one fun fact about Da Vinci was that he was a massive procrastinator. One of his paintings actually took him a good 18 years to finish. But that's neither here nor there.

And so you have to know how to bring your ideas into reality.

But concepts alone are not enough to make ideas happen

And that's what I'm going to share here today.

So those are the three things that we'll cover.

And with those, you'll be able to see how to take your idea from a glint in your eye into something you can hold in your hands.

You have to clarify your idea.

So the first step in making your ideas into reality is you have to clarify your concept.

Many people have vague ideas. It's a loose concept that is not concrete enough for them to get a solid grasp.

The first step with any theory is to get clear on the idea, understand the trigger for that idea, and be able to articulate that idea.

And the thought process for clarifying your concept goes along the lines of these four questions.

That's the thought process you must go through when clarifying your vision. If you're quick on it, the first one might be challenging, and the second might also be.

But once you know who it’s for, as tricky as it might be if you never thought about it, the rest get easier.

And while it might be challenging to get clear on the exact idea, your reasons will reveal themselves if you look inward and the same goes for the timing.

The next step is you have to clarify your objective. So once you are clear on the idea, you have to define what this is supposed to do for you. Now, there's a difference between objectives and goals and outcomes. I'll cover some of those later.

Clarifying the objective for making your idea happen:

So that's the key to clarifying the objective. Once you know what the idea is, and you're clear, and who it's for why now why it's needed, then you have to get clear on what you want this to do for you now, and if it comes to reality, what would you like this to mean, for you?

What are the results and what benefits do those results get you?

If you think about it differently, you can think about it this way, if the results for this were already actual, and the idea the manifestation of this idea was in your hands today? How would your life be better for it? What would that do in your world?

That's the thing that you have to clear, get clear on because that's your objective, or at least it should be. And you should know when you're setting out to go about this project. Now, once you realize you clear the idea and you're clear on your objective, the next thing is you have to identify the critical outcome that you want to get.

Know Your Must-Have Outcome For The Idea

Returning to the example of Leonardo da Vinci's idea for a flying machine, you can compare that to the Wright brothers, who had the same idea. But the concepts looked quite different. This is common when you're in the realm of the intangible.

Your vision could state your desire as simple as wanting to enable human flight. Well, that idea can look very different.

The outcome of that idea can look very different depending on how you approach it. Do you want to create an antigravity belt? Is this idea going to be a design for a jetpack? Are you going to invent a flying machine? Or will this be a portable wing-construct gadget you attach to your back like Icarus so you can fly by moving your arms?

Since the reality of your vision can look different, you have to pin it down. Again, knowing your objective becomes helpful at this stage.

The thought process for clarifying your project

So the thought process on your key outcomes is...

You must identify the finish line to understand it when you get there.

And so, to recap, the step to making your ideas happen in the real world more often are:

Remember, thoughts alone are not enough.

Figure out why that needs to exist and the objective, and then you can turn that into a different outcome. But, of course, you can't do that too much, or else you create a moving finish line for yourself.

But you have to have that.

But the first step is that you have to get clarity. And clarity is the key to all of this: clarifying your idea, your objective, and your crucial outcome, then figuring out what you are working on.

Because once you know what you're working on and what stage in that cycle you're in, you can make decisions and move forward.

So that's it. Those are the three steps to get your ideas from a glint in your eye, just the concept in your mind, into something that can be tangible and concrete that you can work on.

And if you do that more often, you will make your ideas happen more quickly.

P.S. The key to this whole process is the outcome and I have created a step-by-step checklist that walks you through this process - Get it here.

If you're looking to Push your Productivity to the next level,
I can help. To get notes on what works on productivity and project execution.
Enter your first name and email below to join the Productivity Push: